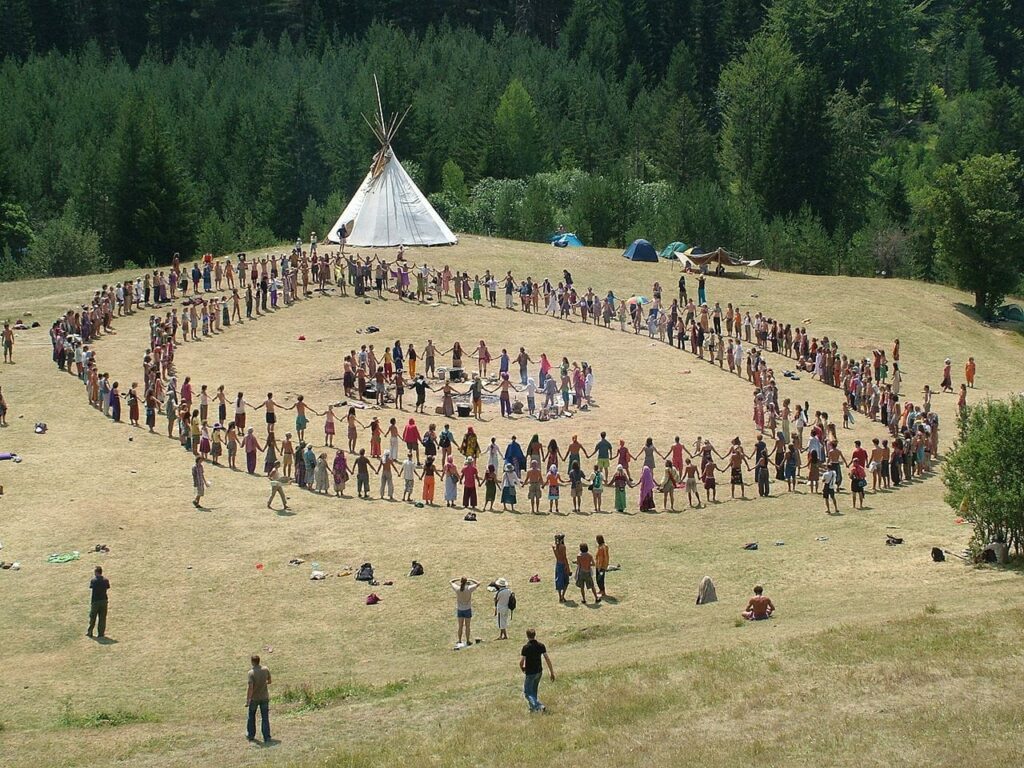 Rainbow Gatherings are not festivals.

Rather they’re organic, intentional meet ups of interesting people from around the world who build up a temporary village in nature for a cycle of the moon.

There are no organisers and no tickets, you just turn up with a tent, a plate, a spoon and a cup and give your love and energy to take part, help out, share your knowledge and make it a great event.

No one online can ever speak for the Rainbow Family – if you go then you’re as much part of it as anyone else – but you can find about Rainbow Gatherings in Australia and New Zealand by word of mouth or by joining the right Facebook groups.

That should be enough to give you a chance to find a Rainbow Gathering down under!

Learn more by reading a book about the Rainbow Gatherings..

Or watch the Rainbow musical on Youtube for an intro about what it’s like to go to a Gathering for the first time..

The Festival of Creativity

8 days of creative workshops and music around the fire in a cosy, inspiring festival for 100 people in the forest and hills of the Czech Republic! 8-17 July, 2022

100 women on a mountain in the Czech Republic making creative workshops by day, music around the fire by night! 22-29 July, 2022

The Festival of Sensuality

By a magnificent villa in the Czech Republic, a week exploring themes of sexuality, body awareness and communication in relationship. 21-28 August, 2022

Camp in the dunes of the Sahara Desert in Morocco for a week of meditation, yoga, dance and storytelling! 15-21 January & 5-11 February, 2023